Welcome to our first ever monthly newsletter. There’s no real format really. In this newsletter, a brief update on our portfolio and how we'll navigate the markets from here on. In addition, we scour the world for interesting market observations, corporate news and newsworthy headlines with the goal of generating new ideas and laughter.

If you think you think there’s anything interesting we should discuss, please reach out here or drop us a comment below. Please do send us anything you find interesting to be included in next month's newsletter!

If stock market experts were so expert, they would be buying stock, not selling advice.

May has been a good month for portfolio. Since it’s our first monthly update, here’s a recap of our investment objective.

We aim to own around 10 names and adopt a buy-and-hold bottom-up investing strategy, with a 3-5 years’ time-horizon (or earlier if fully valued). Our current exposure to both US and UK stocks means our goal is to outperform the weighted total return of S&P 500 and FTSE 100.

Overall, we had a great start of the month with the portfolio delivering +6.0% for the month of May. With a portfolio beta of 0.96, we outperformed our benchmark by +2.45%.While annualised vol remain higher than benchmark's, it should normalised in months to come.

A few updates from our holdings.

ZagInvestor Portfolio Stats for May 2020.

Global equity markets performance in May 2020.

Direct Line Group (DLG.L) remain the laggard of the portfolio, posting a minor scratch of -2.1%. In case you've missed it, here's our post on why we added to our portfolio.

The Group reported its Q1 results on 6 May – wasn’t a slam dunk, to say the least. On the positive side, gross written premium grew by 4.7% vs the same period last year. A great achievement considering it operates in such a competitive environment.

Interestingly, the lockdown has led to a 70% reduction in motor claims in April, but the Group did flag it anticipates higher claims severity, driven by longer repair times and credit hire cost.

On capital, Solvency II ratio remains strong at 174% (177% as of 1 May), well within the companies target range of 140-180%. Of course, this ratio is excluding the postponed capital return (dividend and share buyback). Consequently, we estimate a ratio of 155% if capital return were not postponed. Don't forget, it's at least 8% yield on today's prices.

In short, insurance companies’ biting point is capital. The higher the capital ratio, the “safer” it is perceived, in general. Regulators will intervene should capital ratio goes below a certain minimum threshold.

On the whole, we remain confident on its capital position and ability to execute its capital return policies communicated earlier in the year.

We added Disney to the portfolio around ~$104. Here's the write up from us. For more insights on streaming wars, read here.

Disney performed well in the month, +12.1%, outperforming the S&P by ~8%. Three points to highlight on the performance.

First, its quarterly earnings results. In a similar fashion, coronavirus has caused Disney’s operating income to fall by 37%. Worse still, its park and cruises business fell by 58%. As expected, dividend is to be suspended until further review in the second half.

Positively, we are seeing much higher take up on its newly launched streaming services, Disney+. It now boast 54.5m of subscribers as of May 4, up from its 33.5m reported on March 28. Growth did slow a little post the pandemic peak, nonetheless, not too shabby!

Second, Disney streaming Chief Kevin Mayer resigned to become TikTok’s new CEO. Interesting times indeed! Devastating at the first glance, but as you can imagine, given he lost out on the CEO position in Disney earlier in the year to Bob Chapek, the move is unsurprising. We think while it’s unfortunate to lose Kevin, Disney+ is built of strong foundation to continue its growth journey.

Third, hopes of reopening the economy seems to be providing a boost to the stock market. With Disney announcing its plans for gradual reopening of its park, the market seem to getting ahead of itself. We don’t think this is warranted, however.

Our thesis remain that Disney+ will be a significant revenue driver for the Group. Its implied valuation relative to Netflix and other streaming services suggest that Disney+’s valuation alone could worth more than the entire Group today! Famous last words.

S4 Capital had an explosive outperformance since we added into the portfolio. It delivered a return in May of +13.5%. Given it’s a small cap and fairly illiquid, share price movements maybe less informative. Despite this, we felt the market are beginning to connect the dots that digital advertising is the way to go.

On results, S4 Capital reported a 17% like-for-like increase in its revenue. We expect growth to accelerate driven by both organic and inorganic growth in the medium term. More importantly, a one-stop shop digital advertiser such as S4 Capital stands ready to reap the benefits from the structural pivot towards digital.

In addition, the Group also indicated that FMCG, pharma and retailers are postponing advertising spending, with some even reducing their budget for the year. Despite COVID-19, the Group described a “fighting chance” to achieve the Group’s three-year plan of doubling organically.

At the time of writing, one of the latest rumoured acquisition is Buenos Aires-based agency Digodat, a data and analytics consultancy headquartered in Argentina. The empire-building continues! The relatively untapped LatAm market seemingly provides tremendous upside to further cross-sell its programmatic offerings.

May has been a pandemic-led recovery in the stock market, driven by stabilising/declining new cases reported, further stimulus proposed by central banks throughout the world and a growing bullish sentiment of reopening of the global economy. Oh yes, and progress on vaccines 🙂 (See CoTM).

With major economies abandoning its growth targets, we’re now approaching the point where the debate between keeping lockdown in place vs reopening economy gets interesting.

Retrospectively, when the pandemic took centre stage in March, it was clear that the absence of precautionary measures would have devastating well-being and economic impacts. Today, the debate revolves around whether the nosediving world economy will lead to increased global poverty, which some argued would “kill” more than coronavirus itself. Without factual evidence, it’s challenging to triangulate any reasonable conclusion. We, however, think that we’re not there yet, ie a second-wave is a plausible scenario.

With record bankruptcies (and more to come!), one would expect market to be hit hard, no? At the time of writing, Nasdaq is up almost 10% year-to-date! Yes, it’s a tech-heavy index, but still!

In-line with our prediction, it's no surprise to see who came up top in this.

We can only offer observations we’ve seen in 2008 - quantitative easing (QE) or “the art of printing money”, as we like to call it. The goal is QE is simple – to boost spending and investment in the economy via printing “new” money. On monetary policy, there’s really two ways to do this, cut interest rates or print money.

In 2008, global central banks did a mixture of both, with some countries aggressively cutting interest rates. Of course, there were hopes that the chance may arise for central banks to increase rates again when the economy starts getting better. Didn’t happen!

Today, in major economies, rates are closer to 0% than before. So, what are our choices today? Keep calm and print (more) money I suppose ... 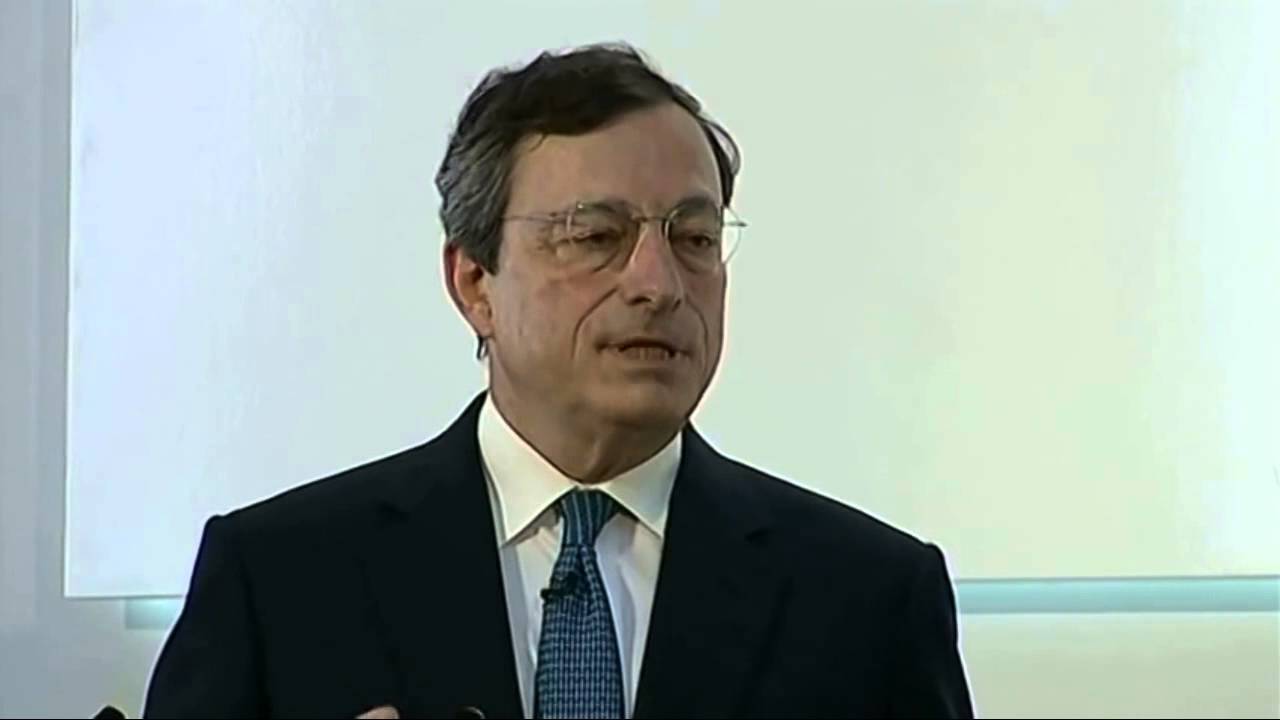 "Enter the Draghi" 2012, former ECB Mario Draghi said ".... ready to do whatever it takes to preserve the Euro, and believe me, it will be enough". Sorry Sir, it wasn't enough. But I digress.

It’s a vicious cycle, especially when policy makers can’t take the “pain” (PLUNGE) from the equity markets and go on a perpetual course of “antibiotics” (QE). Until then, the world will continue to kick the can …

Chart of the Month

We end of our newsletter with the "Chart of the Month". It's none other than (Fo)Moderna Inc, an American biotech company focused on drug discovery and drug development.

At the time of writing, Moderna's market cap is ~$23 billion with >800 employees. Interestingly, Moderna doesn't have a product or a near-term prospect of launching of any product, until now.... or is it FOMO all over again? It doesn't help with senior execs selling aggressively. We actually discussed about insider ownership a few weeks ago.

See the headlines for the story trail. Forget about 10b5-1 trading plan 🙂 ABANDON SHIP?

We expect the next month to be gradual reopening of the economy. Volatility should remain at heightened level, despite oil recovery.

We remain cautious that the worst is over for coronavirus. The possibility of a second-wave exists and it's not insignificant, in our view. Furthermore, we expect to see a increasing number of traditional retailers facing the crunch as a result of the crisis.

In short, we think the key risk events are Trump-China/HK situation, the possibility of a second-wave pandemic and further escalation in Germany vs ECB's bond buying programme.

That's all for now, we thank you for being a part of ZagInvestor's first ever newsletter. Stay tune for the next newsletter.